Yamaha PM10 Is Not Your 'Woodstock' Analog Console

The Woodstock Music and Arts Fair took place almost 49 years ago, and times have certainly changed for the better as far as audio console technology is concerned. Currently out on GRAMMY™ and CMA award winner, Miranda Lambert's 24-city "Livin' Like Hippies Tour", the front of house and monitor engineers are carrying dual Yamaha RIVAGE PM10 Digital Audio Consoles provided by CLAIR Global.

"I have used many generations of Yamaha consoles – both analog and digital – mostly in one-off, festival, and install situations," states Todd Wines, front of house engineer. "However, I have never toured with a Yamaha console prior to this tour. Yamaha's dependability played a key role in my decision to use the RIVAGE PM10. I had stepped up to early versions of the console at festivals and was impressed. But after exploring the latest version and discussing options with Cam Beachley, Miranda's monitor engineer, and Scott ‘Scooter' Hernbeck of CLAIR Global, it seemed like a reasonable choice from sonic, tech, and collaborative standpoints."

L to R: Todd Wines, FOHE and Cam Beachley, ME

Wines said he'd been using a competitor's platform for a long time and was tired of the need for secondary plug-ins, poor summing, and low headroom. "Since the switch, the need for outboard plug-ins has been eliminated. The PM10 has headroom for days. But above all, for me, is the summing: sources don't collapse and clarity and punch are retained despite adding additional sources. I don't remember ever experiencing this on digital consoles. With the back end of the chain so well crafted, the SILK feature is the icing on the cake, making each input easily tailor-able. Also worth mentioning is that the onboard Dynamic EQ is likely the best digital version of this tool that I've heard; it's every bit of what I love about a 901. I suspect that this platform will revolutionize our audio industry and be a mainstay for years to come."

The Lambert tour is not Beachley's first rodeo with the PM10. He was one of the first monitor engineers to witness the power of the console when it was first out in 2016 on a Carrie Underwood tour. "The PM10 is super intuitive and sounds amazing," states Beachley. "With transformers on every channel, you can definitely hear the difference, and the Portico EQ (one of my favorites) adds a nice flavor on some of the instruments." 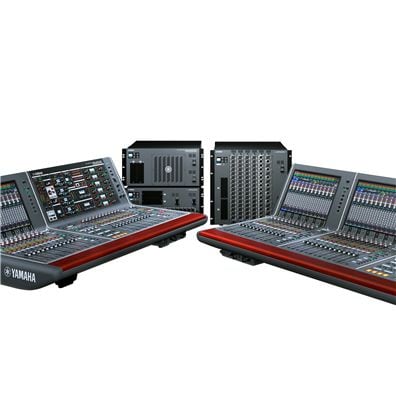